Welcome to Maths at Henley Green! 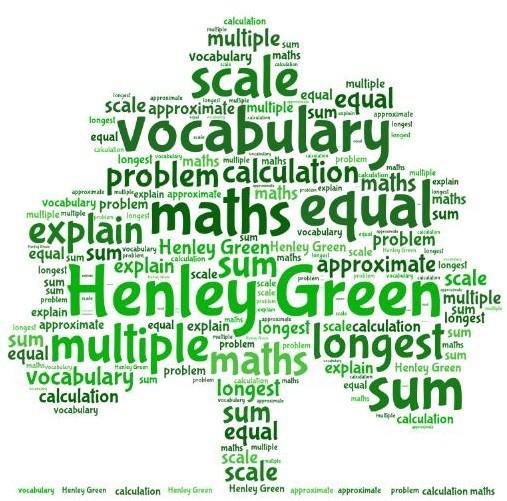 Our School Maths Vision - we would love your help!

From September 2014, a new National Curriculum was introduced. This is now in place for all children in Years 1 to 6.

Please click the link below to see the key areas of learning in the new curriculum. We will be striving to achieve these when working with your child at school and we appreciate any support you can give in supporting your child with these outcomes at home.

Click the link below to see the handouts for each year group of key information and methods used.

Children have had great fun taking part in our maths competitions with our tense finals being battled out at the end of the week! We have extended our competitions to include a Year 1 and 2 Speed Addition Challenge which children did so well in we had to keep making it more challenging to find a winner!

Our Year 3 and 4 Times Tables Rock Stars Competition was won for the first time by a pupil in Year 3 with an amazing 81 questions in a minute!

Our Year 5 and 6 Times Tables Rock Stars Competition saw our Autumn Term champion take back the victory and setting a new school record by answering over 100 questions in a minute - outstanding!

Finally, some brave adults stepped forward to take part in our first TTRS adults' competition too! Well done to Miss Blakeman who answered the most questions in a minute.

Well done to all children for taking part and for some excellent improvements in their scores. A particular well done to our winners - Harvey, Abdul and Nathan.

Who will be our champions next term? Get practising at ttrockstars.com.

Children in KS2 have taken part in our fourth TTRS Competition, finding out who the fastest mathematicians are in Years 3 and 4 and Years 5 and 6! All pupils got to take part in the heats and three children from each class went through to the final. Children's scores have improved brilliantly - the practise has paid off, well done!

Who will be the next TTRS Champion?

Year 1 have been doubling numbers using Tens and Ones by drawing jottings.

1S have been exploring capacity this week.

1S enjoying the challenges in 'Maths in a suitcase'.

Year 1 had Coventry Building Society in school today. Matt and Rebecca talked to us about 'needs' and 'wants'. Look at what we learnt.

Three of our Year 6 pupils represented Henley Green in a regional times tables competition (more details in the post below) and they won! Their prize was a helicopter flight for the team and their teacher. We went to Wolverhampton Airport and flew around the local area in two twenty minute flights. We flew at heights of 500 feet and speeds of around 100 mph! What a fantastic way to end their time at Henley Green!

Three of our Year 6 pupils represented Henley Green in a Times Tables Rock Stars Wrangle at St Edmund Campion School in Birmingham. They competed in a qualifying heat, answering as many questions as possible on multiplication facts from their twos to their twelves on the computers. They all did fantastically leading to Henley Green having the second highest average score as a school out of over twenty schools and nearly one hundred pupils! Two of them made it to both the quarter finals and then the semi finals, making it to the final eight. One of our pupils then made it to the final four - a tense competition in the hall in front of an audience. They had to concentrate for three minutes answering a mixture of times tables questions up to 12 x 12. It was a tensely fought battle but... Henley Green won! He managed to answer a superb 340 questions in three minutes! He is now a Supreme Ultimate Rock Hero for Eternity on Times Tables Rock Stars and was not only awarded the trophy but won a helicopter flight for the Year 6 team and their teacher!

Here are some examples of maths displays in our school. Wherever we can, we link our maths learning to other subjects and the wider world. 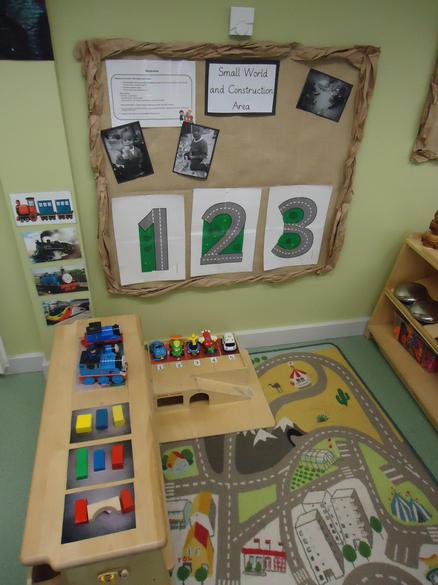 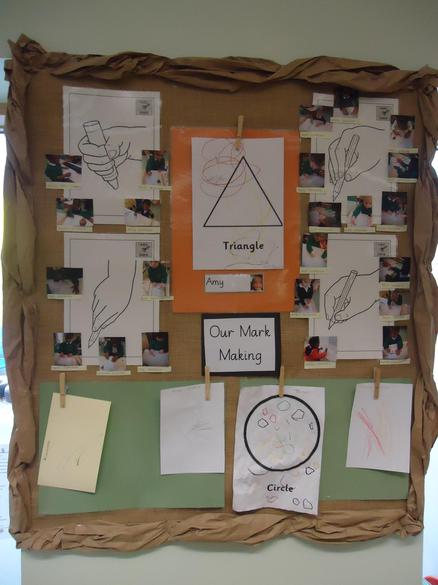 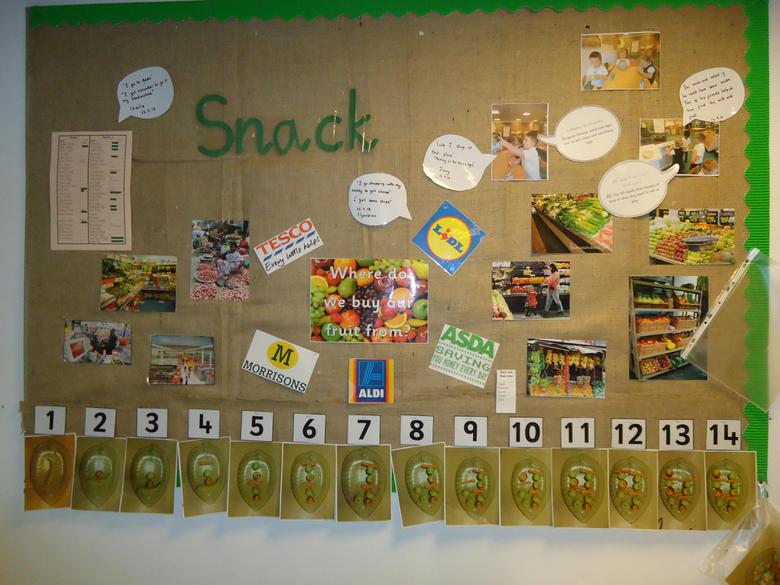 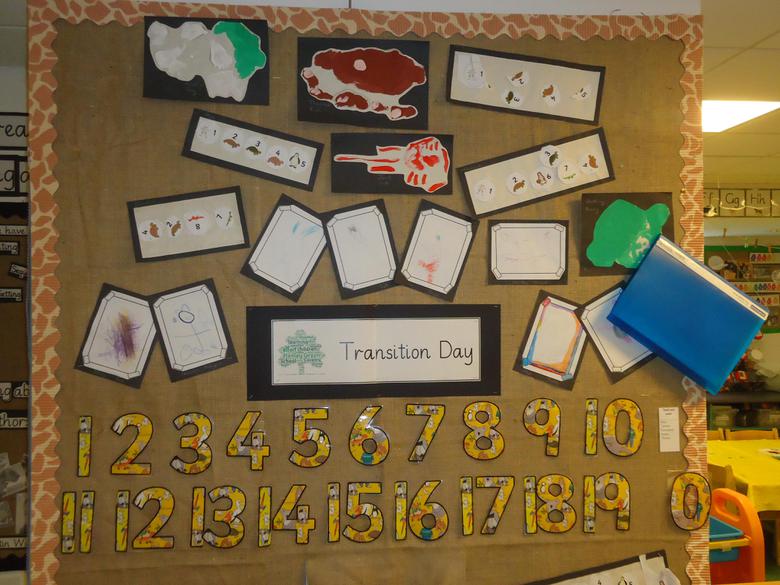 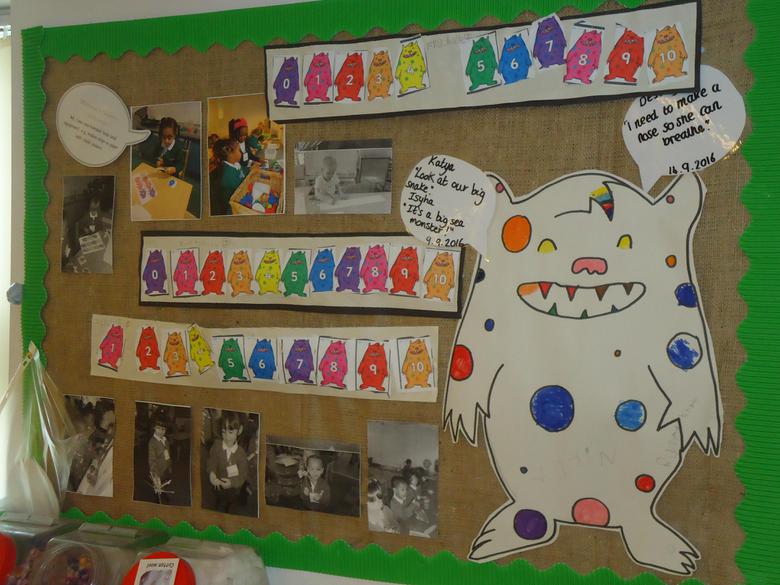 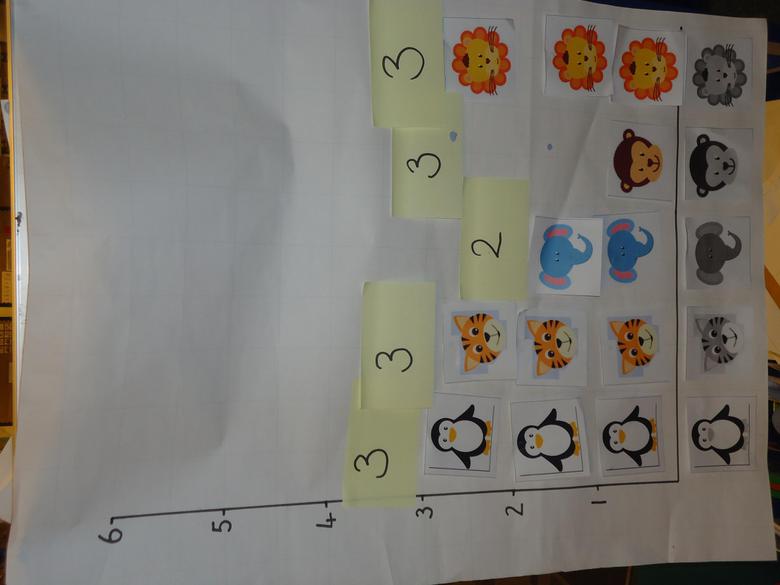 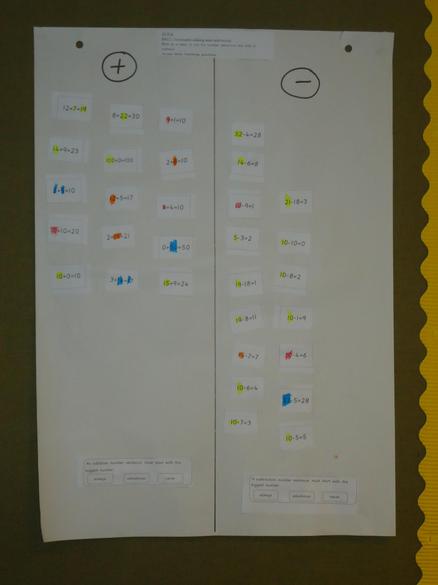 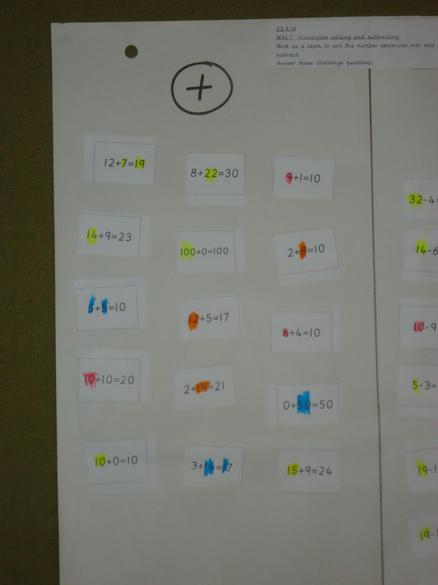 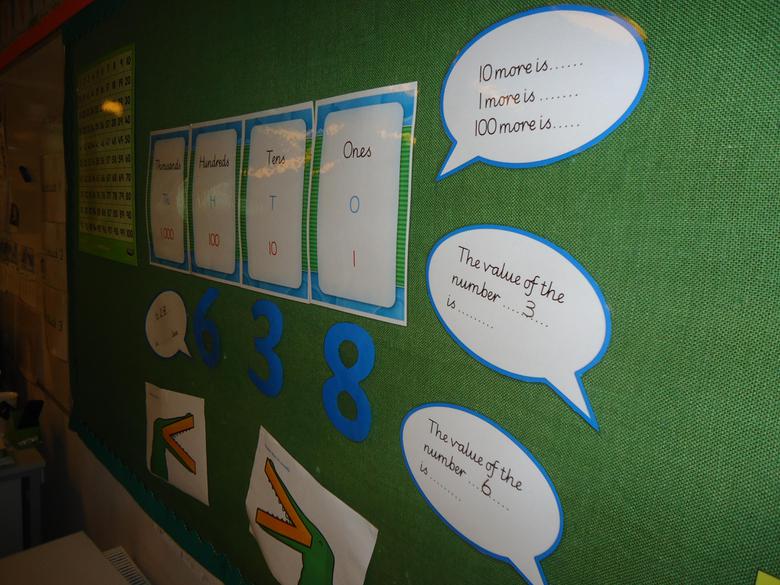 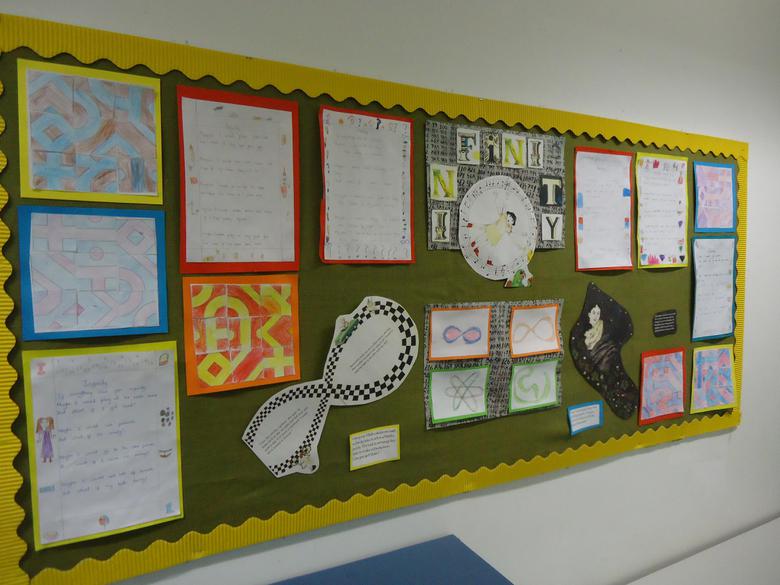 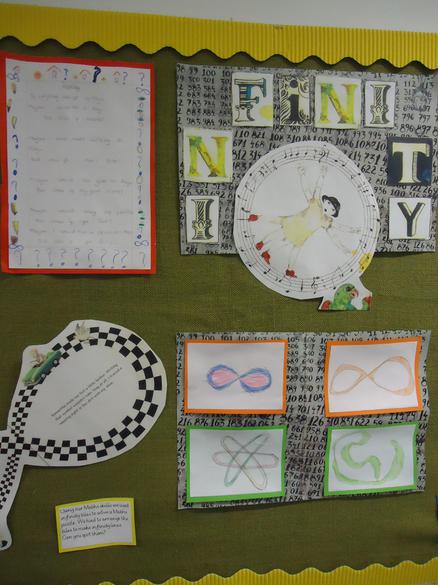 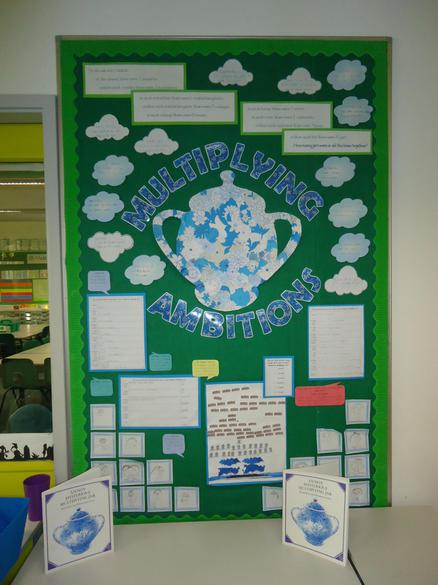 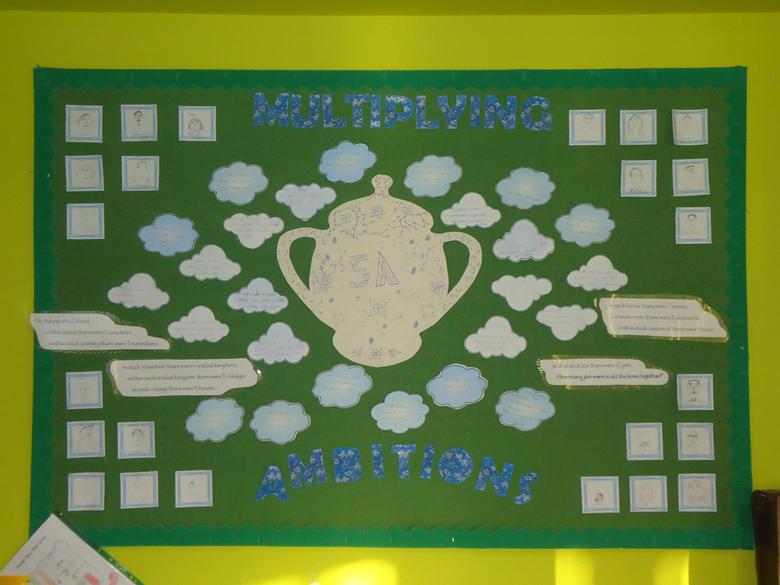 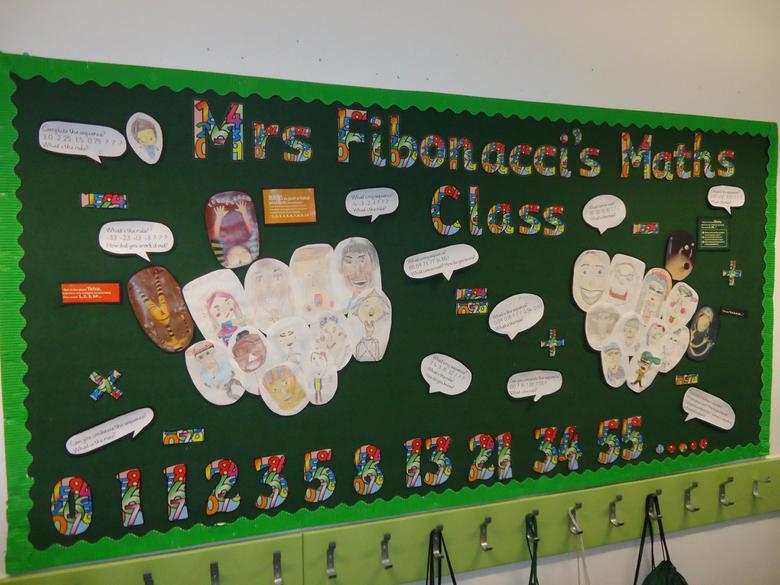 Children in Years 3 to 6 have access to Times Tables Rock Stars. This website helps them to improve their knowledge and speed of times tables facts up to 12 x 12.

Can you become a Times Tables Rock Legend?